Testing the Power of Word of Mouth Marketing

So, we know this is a blog about marketing, and we know that word-of-mouth marketing is the most powerful kind of marketing, so I'd like to put that to a small test.

The Smith Family is a foundation in Australia that helps disadvantaged kids in lots of ways. Apparently, it got it's name when anonymous donors who started it kept saying their name was "Smith" in order to stay anonymous. It's got a great reputation helping Australian kids, sort of like "Make-A-Wish" goes Down Under.

And get this, they are climbing 3 volcanoes (two of them active) in 36-hours to do it. Yes, 3 actual, real volcanoes.

I'm telling you, so maybe, ya know, you can kick in, donate, and help these kids, too. Word-of-mouth (or maybe, word-of-blog) marketing. But it's for a good cause.

If you can help these kids, I'd appreciate it. And if my brother falls in to any of these volcanoes, I'll try my best to post some photos of that... My brother is the one on the right.

TV may no longer have seasons

It started with shows like Survivor, Big Brother and the Amazing Race. Not just the reality TV business, but the lines between the TV season and the land of re-runs are getting, well, a bit dirty.

But now the recently settled writer’s strike may help further blur the line. The NY Times is reporting that the giant ad agency holding companies are looking for a year-round television season. The rationale is that September is full of hyped shows that usually don’t make it to Christmas.

The other system that the agencies would like to change (and the networks almost certainly would not) is called the “upfront“– a May period in which the advertisers pre-sell their new shows. According to the article, the media buyers still want to buy ahead of time, but they don’t want to have to make all their bets during the same month.

A lot is changing in advertising and in television broadcasting. In an era when college football is now on virtually every night of the week, all those weeks when there is “nothing on” represent lost opportunities. You can safely bet that those opportunities won’t stay lost for long.

I'm not sure how long this video will stay on YouTube, but it's so bizarre I just had to share it. (I know this is a marketing blog, and this post has nothing to do with marketing. My apologies for the diversion...)

I've read a couple of Scientology books. They don't make a lot of sense, but at least you can follow them. All I get from this video is that Tom is not just (allegedly) crazy, he's like Michael Jackson crazy. I mean, he's (allegedly) living on a different planet.

You Can Tell This Commercial Was Done In Europe

I think parts of this commercial would've had a tough time getting by the American TV censors, but maybe that's what makes it funny.

As a marketer, though, it makes me think several things:

1) Amstel understands men and, in Europe (where they sell Amstel AND Amstel Light), they're using that in a clever way to sell beer.
2) There are so many groups that it's not ok to make fun of anymore. But men? Go right ahead. Nobody seems to mind when we're made to look like chuckle-heads... Maybe because deep down, we know we really are.

Enjoy this Amstel commercial, celebrating women who understand men, despite the fact that we don't deserve it.

Now, if they would just sell Amstel in this country... 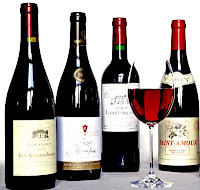 There’s a science to pricing your product. No question about that. But most people join the race to the bottom, lowering their prices and competing on cost, when many should be considering raising their prices.

Now a new scientific study, “Marketing Actions Can Modulate Neural Representations of Experienced Pleasantness,” published in the prestigious (but poorly acronym’d) Proceedings of the National Academy of Science, says something marketers have longed to hear:

“If we believe the wine cost more, we truly believe it tastes better.”

Here’s what the researchers did. They gave 20 volunteers 5 sips of wine each. They told the volunteers the “price” of the wine and then measured the response of the pleasure centers in the brain.

The brain responded more favorably to the “higher priced” wine, even though each sip of the wine was the exact same Cabernet Sauvignon.

There are many anecdotal stories of increased prices correlating with increased perception of the value of the product. But this is the first study I’ve ever seen that shows the brain actually responding more favorable to the perceived luxury. As you can imagine, it’s getting lots of coverage.

This study is the latest (and perhaps most compelling) reason I’ve seen to re-evaluate how you sell, and what perception you trigger in someone’s brain when you’re willing to discount your services.

What do you think?