And Now, A Word From Our Sponsor 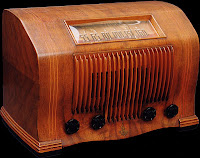 What's old is new again. Single sponsor television programming is coming back, according to an article in the Minneapolis Star-Tribune. Remember the "Toast of the Town" (which became the Ed Sullivan Show), sponsored by Emerson Radios? No, neither do I, but I've heard clips.

Now ABC News is doing it one day a week as an experiment. And their ratings actually went up each time they did it.

The problem of course is that only folks like Ford have the money to pull off full sponsorships nationally. There's not a lot of room at any level for smaller budget people to use this strategy. But for the rich advertisers, this is an interesting experiment. And an experiment best done by established brands.

This idea, like so many others, is a response to Tivo. The better response, of course, is finding a way to deliver content when someone is looking to buy. In the meantime, it will be interesting to watch this develop.