There's been more than enough debate about whether NBC News should've aired the "manifesto" of the gunman. It's clear to me that they should not have done so. I have no connection to the school and I'm angry that I have to see that twisted loser's f

ace on TV, on my newspaper, on my homepage...

It was clearly about $$. No doubt. Want further proof that the media is cashing in on a hot news cycle. The AP reported that respected outlets like the New York Times and CNN are buying Google Ad 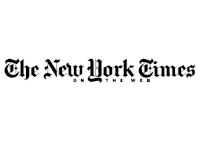 Words for phrases like "Virginia Tech Shooting." Clearly, that tragedy is a marketing opportunity for them--a chance to extend their brand positioning.

I'm all for creative, outside the box thinking about marketing tactics. I'm all for looking at current events to see how your product aligns with those, can capitalize on those. But at some point, did nobody in those marketing departments stop for a minute and say, "Hey, maybe this is not the moment we capitalize on a brand opportunity. Maybe we just let this one pass. We're still the dang NY Times, it's not like people will forget us if we don't have our AdWords up this week.

Ridiculous. Have we lost our compass by that much? I've included no links to those pubs, as they don't deserve the reward.

And now, a gunman at NASA killed a hostage and himself. Does NBC share the blame in some small way? Will CNN buy AdWords?

The most logical piece I've seen on all this is from Peggy Noonan. You can read it here.

Back to more traditional posts tomorrow.